Blog - Latest News
You are here: Home1 / Blog2 / Consumerisation of IT drives adoption of enterprise video

For some, enterprise video conferencing conjures up a somewhat stuffy image of senior executives gathered around a well-stocked boardroom table on a Monday morning, patiently waiting to connect to colleagues in far flung reaches of the globe.

But the reality of video conferencing in the enterprise today is rather different with employees across the business demanding access to video communications as an aid to productivity and efficiency.

And small businesses are just as likely to use video conferencing as their cash-rich, multinational counterparts.

“This concept of consumerisation of IT is really starting to take off in business,” said Liz Edwards, unified communications propositions manager with BT.

“As consumers, we’re becoming so used to tools like FaceTime and Skype. My children, for example are used to pressing a red button for FaceTime. They instinctively know how to use the technology and that’s spilling over into the workplace.

“Executives see this productivity in their personal lives and they’re asking how they can apply this to their professional lives too. It’s fuelling the use of video in the business environment,” she said.

“Employees are becoming more demanding of their employers and more open to different forms of communications. There’s a push factor in the form of ‘Bring your own Device’ and that consumerisation effect is flowing through the workforce, which is making video more acceptable to deploy and easier to adopt.

“There’s also a pull factor from employers around improving productivity and effectiveness. In the past, some business cases for video might have been more difficult to justify as the infrastructure costs were higher but they’re now easier to make as the cost of deployment is lower,” he said.

And there’s no doubt that cost of deployment has been a significant barrier to the adoption of video conferencing in the past. But a shift towards cloud-based models has resulted in a lower cost of entry, particularly for small and mid-sized businesses.

But whether companies choose on premise or cloud solutions, drivers of cost reduction and collaboration still apply, according to Enda Doyle, director of business development and innovation for eircom Business Solutions.

“The next wave of people entering the workforce expect video conferencing as the norm,” he said.

“Ultimately it’s about collaboration and cost savings. With video, I can provide more enhanced services in multiple locations without having to build capability locally. This allows companies to grow a lot faster.

“Similarly, if I’m a niche expert in a particular subject area, I can use the quality of video conferencing to interface with people at different locations and that’s being used everywhere from the medical profession right through to the traditional enterprise,” he said.

Simplicity and ease of use have also helped to boost usage rates as new technologies have come on stream. Some might say that the concept of ‘plug and play’ has finally become a reality for users of video conferencing solutions and not just for intra-company purposes but also to connect partners, suppliers and customers outside of the local network.

“When I first used video conferencing to conduct an interview with a contact in Holland, I had to have an IT guy in the room 15 minutes before the start of the call,” said BT’s Edwards. “Because it’s so easy to deploy now, any non-technical person can turn it on and off and bring someone else into the conference just by adding a new participant, and sharing desktops,” she said.

“Video conferencing is about talking to customers, partners and suppliers. It all has to be federated and it’s much easier to federate the likes of Microsoft Lync and Cisco WebEx than it was last year. We use Lync on a day to day basis and I can instant message and place video calls to anyone, just as easy as my colleague here.”

BT has recently launched a video bridging service which allows companies to connect to customers or suppliers outside their own local network.

“Customers just call into the bridge, BT take care of connectivity from outer Mongolia to Dublin and to the US. And if the client is using Cisco Telepresence, Polycom, Lync or WebEx, they can all work with each other and that’s becoming more the norm. Technology has moved on so much further,” she said.

Video has also made its way to the contact centre, chiefly due to demands from consumers for richer, more personalised interactions with business.

“If I’m a contact centre providing a niche service offering, I can do it very personally through video,” said eircom’s Doyle. “Or I can provide a more personalised service at the lower levels by offering video conferencing. People at home are getting used to interfacing by video with someone on the other end of the line,” he said. 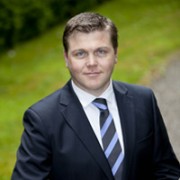 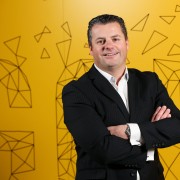 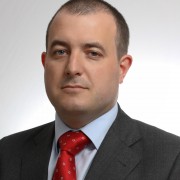 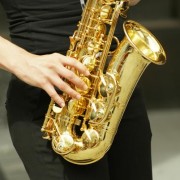 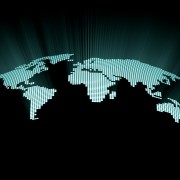