It was all about numbers at this year’s Web Summit; 10,000 visitors listened to 350 speakers across six stages while 950 start-up organisations hoped to prise open the fat wallets of angel investors and potential customers alike.

In fact, number crunching and data analytics (the next generation of customer research) were recurring themes at many presentations throughout the day.

At the digital marketing stage, Ben Huh of Cheezburger told us all about the latest form factors offering marketers new storytelling opportunities.  And his top two ingredients for real-time success?  Building a platform for data gathering and sharing happiness.

Now, listening to the customer is nothing new.  It’s been the fundamental tenet of successful marketing strategy since time began, but the difference now is that we are spoiled with an abundance of new channels to tap into and an increasing sophistication and intelligence in data analytics and mining that offers new insights into consumer behaviour and decision-making.

Much of the content at the Websummit is not new – it’s about reinventing the old tried and tested marketing principles for a new generation; conducting more sophisticated, insightful research and delivering the message (and services) through new channels which offer greater opportunity for segmentation (and even micro-segmentation), targeting and positioning.  But all is underpinned by old-school, sharp business acumen and a killer instinct for pre-empting change, something which was very ably demonstrated by Huffington Post, CEO, Jimmy Maymann.

Maymann was supremely confident in describing the Huff Post’s expansion strategy into Europe, entering 15 countries in three years; unthreatened by the prospect of expansion through partnership and certainly not shying away from the concept of sharing knowledge, expertise and experience, a new departure in the über-competitive landscape that is the media market.

The Huff Post has also expanded its service breadth recently by adding Huffington Post live, which is supported by 100 staff members.  Radio is also potentially on the horizon.  And Maymann seems to deliver the vision and execution required in an age where media outlets are struggling to make sense of the new world order and to create a business model that supports a new kind of media approach.  Of course, whether this is sufficient to protect ongoing journalistic integrity and standards is another issue altogether.

One of the strongest presentations of the day came from Debbie Weinstein, global brand manager with multinational Unilever.  Unilever has been around since 1872 and is responsible for developing and managing some of the most enduring brands in the world including Dove, Knorr, Hellmann’s, Omo, Persil and Flora.

To demonstrate this strategy in action, Debbie peppered her presentation with some of Unilever’s most successful campaigns; this year’s Dove Sketch campaign which generated 150 million views in a 45-day period as the world’s most successful advertisement ever.  Just click below to see the campaign.

Or their mobile campaigns in emerging markets with the Omo washing powder brand which generated a 60pc uplift in re-purchases through simple feature-phone campaigns offering a combination of vouchers and reminders.

The Hellman’s campaign at a supermarket chain in Brazil was particularly successful and is being rolled out to European markets.  It involved analysing a customer’s receipt at the point of purchase but prior to printing and then using their purchased ingredients to print recipes on the back of the receipt using Hellman’s – simply ingenious.

I’m a great admirer of Unilever.  I like the way they go about their business, developing campaigns with simple messages that evoke strong emotional brand attachment and delivering them in a direct way.  Social responsibility also forms a prominent part of their messaging platform.

Just take a look at their recent Lifebuoy soap campaign, again aimed at emerging markets and part of a long-term campaign on hand washing education.

The weakest presentation of the day for me, was undoubtedly the keynote from AIB’s COO, Ann Boden.  Her presentation was a thinly-disguised sales pitch for the bank, a vain and sometimes condescending attempt at some degree of public rehabilitation. The bank is reinventing itself, we were told using Boden’s experience from working with startups in the UK.  The bank is getting closer to the customer and is becoming more agile.  And the evidence of this?  Well, they’re developing an app that will tell us how much we can borrow from them and whether we can afford the house we want.  How magnanimous?

Maybe I’m still feeling a bit sore about the €7 billion in Irish taxpayer’s money that was pumped into the bank to compensate for the reckless lending policies and blind investment strategies that brought the bank to its knees.  I really think it’s a bit early for the bank to throw platitudes at us, while at the same time hiking fees, account charges and interest rates at every turn.

It was great to see a packed house to showcase the best of the tech industry in Ireland.  There was a real energy and buzz about the place and lots of goodwill towards the speakers and sentiments expressed through the two days.

I don’t know if the numbers will ultimately add up for some of the startups and other attendees there today, and it would certainly be an interesting exercise to revisit them in a period of time to explore their thoughts post-event.  But one thing’s for sure; ‘The Summit’ (as it is now branded) is one of the world’s largest two-day think tanks for the tech sector and it undoubtedly shines a welcome light on Ireland Inc, its entrepreneurial spirit and its creative, intelligent young people.

Let’s hope that this inventive and resourceful talent hasn’t deserted us for foreign shores by this time next year, and will still be around to play its part in getting the small business sector back to a trajectory of growth and recovery.

Long may it continue. 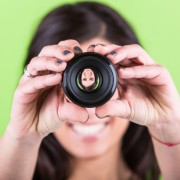 Is responsive design the solution for mobile woes?