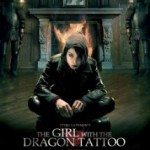 The narrative is fast-paced, the characters complex, sometimes morally ambiguous and the plot unpredictable. The modern-day anti-heroine in the form of Lisbeth Salander represents one of the most original characters in any novel in recent times. It’s a cracking read but having seen the original Swedish screen adaptation of the trilogy, which won a BAFTA in 2011, and starring the mesmerising Noomi Rapace as Salander, I really can’t see how David Fincher’s adaptation can surpass it.

Penned by Stieg Larsson and published posthumously, the great tragedy is that he never got to enjoy the global phenomenon that is Millennium. Spending most of his career as an inconspicuous hack, with a strong disdain for the politics of the far right, he passed away at the young age of 50 following a heart attack.

The worldwide success of Stieg Larsson has catapulted Scandinavian crime writing to centre stage. However, many of its chief protagonists have been around for quite a while, tantalising Scandinavian and indeed worldwide audiences with taut suspense, gripping plots and multi-dimensional characters.

Authors such as Henning Mankell (creator of Kurt Wallander), who have been writing for this genre for quite some time, have found a new generation of fans in the English-speaking world, thanks to the airing of the original Wallander series on BBC Four and indeed the BBC adaptation of the series starring Kenneth Branagh. So much of his work is influenced by the ice-cold Nordic landscape – locations such as Ystad are now well established on the tourist trail, with many visitors attributing their desire to visit this small town to its portrayal in the original series of Wallander.

Norwegian crime writer, Jo Nesbo will also enjoy his day in the sun with the recent announcement that Martin Scorsese is attached to direct the Hollywood version of his bestselling book, The Snowman.  According to Nesbo’s website, he claims to be the best selling author in Ireland in 2011.

In fact, Nordic crime has also found its place in mainstream European TV. The excellent Danish series Nordlicht: Mörder ohne Reue (Northern Lights: Murder without Regret) has just finished on German TV station ZDF. It was one of the most enjoyable series of its genre that I have seen in a long, long time. Unlike its US and UK counterparts, which have become so predictable and stale, this series was raw, edgy, disturbing and totally engaging. I often wonder why more European programming doesn’t reach these shores. Much of it is of a very high standard and far superior to some of the Anglo-American trash we are subjected to, week in, week out.

It remains to be seen if the Hollywood version of The Girl succeeds in preserving the core elements of Larsson’s books and bringing them to the large screen. I guess we’ll find out on December 27.

Freed from the shackles of party politics, what would an alternative cabinet... Safety in the Skies – How safe are we in Europe?
Scroll to top
This website uses cookies to improve your experience. We'll assume you're ok with this, but you can opt-out if you wish.Accept Read More
Privacy & Cookies Policy