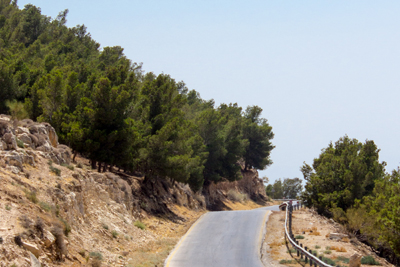 Print has long been a target of the environmental warrior and the much vaunted prospect of the paperless office has never quite materialised. Nonetheless, managed print services are helping organisations to keep print, paper and consumables under control and in the process, contribute to greater sustainability in the workplace.

“For many years, managed print was the preserve of the larger corporates but it’s something that SMEs are now aware of as a concept and one from which they can benefit. We look for companies that buy a minimum of 20 reams of paper or 10,000 pages per month. In most cases, there are possibilities for savings of between 25 and 35 per cent over the lifetime of the contract.

“The Hastings Hotel Group for example were able to achieve cost savings of 30 per cent on their annual print bill and extend their environmental credentials, thanks to an MPS solution from Oki,” he said.

But it’s not just about consolidating the number of on premise devices. It’s also about device optimisation or combining printers, faxes, copiers and scanners into a single multi-function device, which reduces power consumption and consumables through document digitisation.

“There’s further development all the time in terms of managed document solutions (MDS), which to some extent take paper out of the equation and digitise everything,” said Deignan.

And while on the surface MDS might appear to cannibalise traditional print contracts, it’s a strategy that Deignan is prepared to pursue as a means of winning more overall business.

“It’s still early days for MDS but customers are starting to ask for it. You might find that they don’t want some of the more sophisticated software solutions. They just want the free versions. MDS helps to make processes more efficient and that has a strong appeal for many organisations,” he said.

“We see organisations looking closely at energy-efficient devices and related managed services. It’s important that a technology solution is supported on an ongoing basis to ensure it remains efficient,” he said.

But potential risks to sustainability are ever present, particularly around what some see as shortening hardware asset lifecycles.

“Do you make a robust piece of technology that’s obsolete in two years? Pay as you go charging models take the risk away from consumers but this transfers the risk onto manufacturers. The solution is to design technology that can be upgraded during its lifetime with software upgrades. This extends the life of physical hardware through in service upgrade,” he said.

And to support this stance even further, Ricoh Ireland has just been accredited with the ‘Business Working Responsibly Mark’ for best practice achievements in the areas of corporate responsibility and sustainability.

Deignan cites one of the biggest risks to sustainability as the pattern of device usage by the consumer and not the technology itself.

“The biggest challenge we see is around consumables usage. For example, most companies want a good handle on their colour printing as that’s more expensive. So we might put a rule in place that restricts the number of users who can use colour or reduce the number of colour prints per month. Policy can be set centrally and as long as the printer is on the network it can be pushed out to each device,” he said.

Deignan believes that the onus is on manufacturers to push the green agenda and help consumers of their technology to optimise print and document environments which promote sustainability.

“I won’t come across a tender that doesn’t mention sustainability but it’s always quite general and well-intentioned. In my experience, there’s a far higher importance attached to sustainability in the Nordic countries and in Germany. Ireland is somewhere in the middle,” he said. 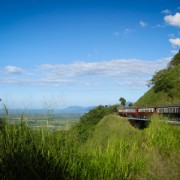 Green technology: Is being lean more important than being green?
0 replies