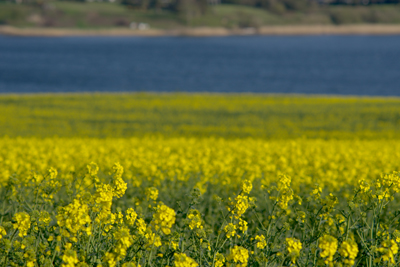 A recent review by the Sustainable Energy Authority of Ireland (SEAI) of the government’s 2008 Accelerated Capital Allowance (ACA) Scheme reveals that we have a long way to go to achieve our 2020 emission targets.

The ACA scheme, which provides tax incentives to companies who wish to purchase energy efficient equipment including ICT systems, has delivered 46,000 tonnes of CO2 savings, representing 23 per cent of its 2020 targets.

Covering 10,500 products across 52 technologies, it’s claimed that through the scheme, companies can source up to 85 per cent of their equipment needs and enjoy tax breaks in the process.

And while the SEAI hopes for an “acceleration of savings directly attributable to the ACA between now and 2020, as the scheme matures in the mind-set of suppliers and purchasers”, companies are already embracing many ICT technologies to cut operational costs and in the process, energy consumption and carbon footprint.

“We’re seeing trends in virtualisation and cloud computing, which in their own right are contributing to more sustainable datacentres in that you are reducing technology footprints across storage, compute or network,” said Wayne Byrne, sales manager for EMC’s data protection and availability division.

Davin Cody, converged infrastructure specialist with HP recognises that storage inherently consumes a lot of energy but technologies such as thin provisioning are contributing to a more sustainable approach to building and running infrastructure.

“With thin provisioning, we only consume data that is written. Traditionally, you would give a server an amount of storage and it’s fixed. But now, you can tell a system it has 100 GB of storage but it only consumes 10 GB. We can keep the remaining 90 GB free for other resources or to the point that customers will over provision. By overprovisioning, they don’t have as many disks spinning in the data centre and they only buy as required,” he said.

While Cody acknowledges that thin provisioning isn’t new, he believes that many more organisations could benefit from the technology.

Much of the discussion around sustainable technology tends to focus on hardware, but Byrne believes that software forms a key part of the debate.

“You can re-use investments you’ve already made by deploying our VIPR solution, a software-defined storage technology. You can re-purpose and extend the lifecycle of hardware because if it’s for developers, for example, you might have a different SLA for this use case. You might decide to sweat that asset for another two years and replace the more critical enterprise kit.”

“In data protection, we see data deduplication. So in the past, for every TB of storage that you would have provisioned at the front end you might have eight times that amount providing protection. With the advent of deduplication technologies, which save only one version of each file, it might only be one third of that. So organisations are also reducing their datacentre footprint when it comes to backup and recovery,” he said.

Being clever with existing technology is one thing, but what about the procurement and running costs of new technologies into the future and how do we know that companies will make the best choice when it comes to minimising their impact on the environment?

Cody has noticed a subtle change in how budget is allocated to IT, one which has the potential to further shrink power consumption.

“The IT department is now being handed its own budget and within that budget it has to cater for the power it now consumes,” he said.

“In many organisations, decisions will be made based on the capital cost and the operation, power and cooling cost is somebody else’s problem. But we’re finding a lot more IT departments have to take into account power requirement as it comes off their operational costs.

“Organisations are now looking at IT as a whole because of the ongoing debate around whether it’s cheaper to host it on premise or outsource to the cloud,” he said.