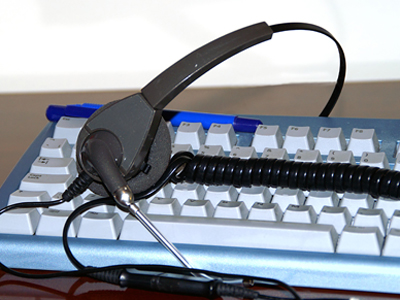 Fixed voice traffic continues to decline, down by a further seven per cent in Q3 2014, according to the latest report from the Commission for Communications Regulation (ComReg). Mobile traffic increased by just over two per cent in the same period but this slight increase doesn’t quite account for the drop in fixed minutes.

Is Voice over IP (VoIP) finally making the move to mainstream adoption?

“Fixed voice is definitely overall in decline,” according to Nicola Mortimer, head of business products, marketing and support with Three.

“Unified communications in the cloud is a well-developed and known solution for enterprise but bringing that down to a point for smaller business has not become as ubiquitous as it could be.

“We will see more cloud based PBXs becoming available for smaller businesses in the course of 2015, which will be driven by greater access to bandwidth. It’s about offering the right Quality of Service for the voice experience over a data link and that’s improving every year,” she said.

“More and more people are working remotely and from a cost perspective, organisations are finding that with our offering they can save 40 per cent on their bills. These are huge business drivers so our only real challenge is to scale brand awareness.

“Customers include start-ups, corporate banks and multinationals. Organisations that have multiple offices get more efficiencies and more cost benefits by working off one centrally hosted system and connecting different offices back in, without the need to purchase separate PBX systems for each location,” he said.

VoIP has had its fair share of bad press over the years and poor broadband infrastructure took its toll on call quality. But with accelerating speeds and infrastructure investment from companies like Blueface – the company has heavily invested in a second data centre and deployed a split switch for full voice redundancy – more organisations are considering it as a viable alternative to traditional telephony.

“By eliminating traditional voice infrastructure, and transmitting voice using the same data connections that a customer currently uses for their data traffic, companies can realise substantial savings both in fixed monthly costs and in usage charges.

“The second is quality, where advances in technologies such as MPLS enable service providers to assign priority to different traffic types – such as voice – where the goal is to provide a PSTN-like quality, if not better.

“The third is security. Voice over IP does not necessarily have to touch the public internet, so is less susceptible to hacking,” he said.

If VoIP represents such a compelling voice traffic solution, why is its adoption so slow to take off?

“There’s a state of inertia in many companies,” said Martin. “They stick to what they have as that’s what they’ve always used and they never review their telecoms expenditure. But migration to VoIP couldn’t be any easier.

“We sign up the customer and ship the phones, which are plug and play. Thanks to our European partnership with Panasonic, phones are pre-programmed with direct dial, vmail and internal transfer number. The final stage involves porting across the number from their existing provider. It’s a seamless switch with no downtime,” he said.

Blueface recently announced a partnership with Microsoft around Lync, the company’s audio/video, instant messaging and sharing application which is part of the Office 365 suite.

“As Microsoft’s preferred carrier for businesses using Lync, Blueface will enable customers to open Lync for breakout voice without the need for any gateways,” said Martin.

“Lync can be integrated with desk phones and route traffic to mobiles if required. In one sense Lync could be seen as its own hosted phone system and a competitor to us but we’re also the carrier so we look at this more as an opportunity than a threat,” he said.