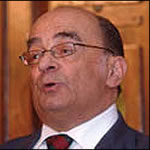 The death this week of a 91-year-old Nazi concentration camp guard brought back a flood of memories for a Co Kildare father.

The man who died, Ukrainian John Demjanjuk, was appealing against his conviction for the murder of 28,000 Jews at the Sobibor camp in Nazi occupied Poland in 1943.

The man who remembered was concentration camp survivor Zoltan Zinn-Collis, who now lives in Athy. Mr Zinn-Collis, who was brought here after the war by a man known as ‘the Irish Schindler’, this week joined in the debate about whether old war criminals should still be sought more than 60 years later. END_OF_DOCUMENT_TOKEN_TO_BE_REPLACED